With the ongoing COVID-19 pandemic, stories and articles that report an increase in issues pertaining to people’s mental health and psychosocial wellbeing seem to be on the rise. Unsurprisingly, early data from our ongoing tourism workforce survey, which has so far received 206 responses, also reveal a similar trend among tourism workers in Nepal.

When we asked participants a few questions around their mental and psychological well-being, here is how they responded:

Participants were asked to respond to “yes” or “no” to questions that talked about the above effects.

What’s interesting is the fact that over 95% of our respondents reported facing at least one of the above mentioned problems in their present lives. This is consistent with what we learnt during our in-person interviews.

However, despite almost all the workers reporting some form of effect on their mental health and psychosocial wellbeing, only a small fraction reported of having sought support through pyschosocial counseling.

WHAT MEASURES CAN BE TAKEN? 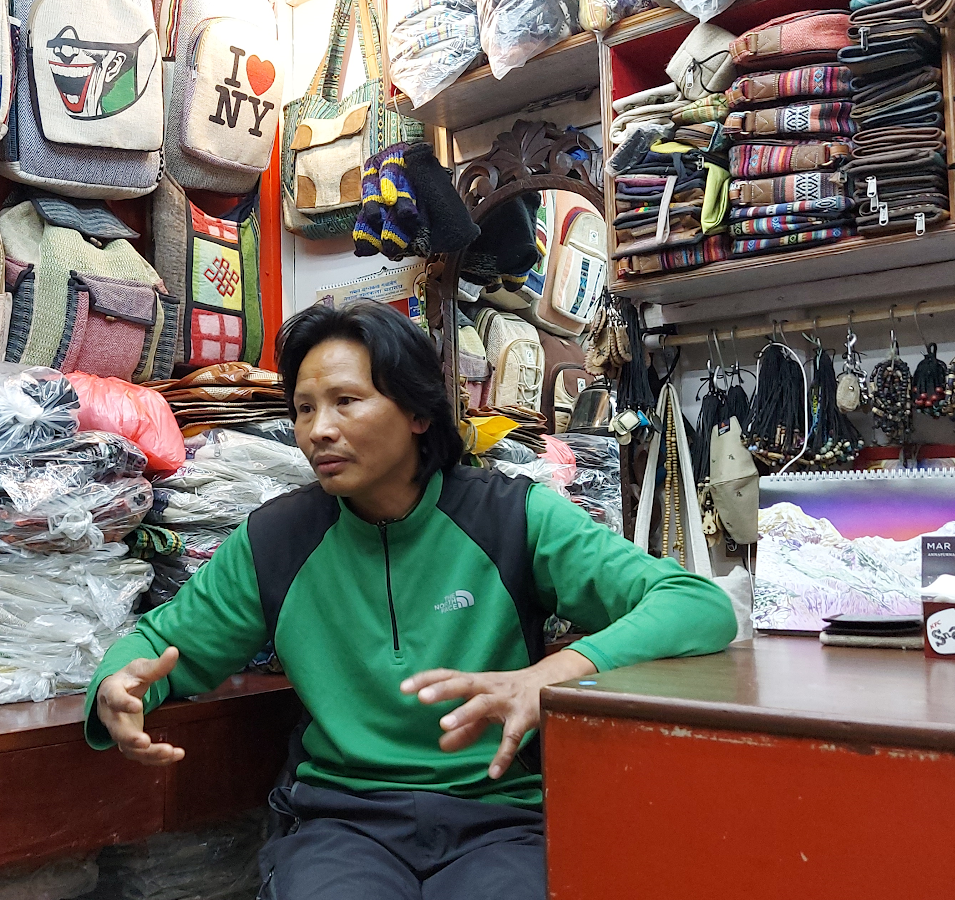 Saila dai, a shop-owner who has devoted nearly thirty years in the tourism sector, is terrifed about his future.

The above observations can be seen as an indication of the “social stigma” surrounding psychological health in Nepali society. While a majority of our respondents have reported of having to live with mental stress, very few have taken steps to deal with the situation.

Interventions that provide psychosocial support to tourism workers, such as destressing and healing programs to cope with the stress and tensions caused by the COVID-19 pandemic ​are recommended. Additionally, schemes that discourage foreign independent tours (FIT) by mandating the hiring of guides and porters in trekking and mountaineering expeditions can help re-employ the tourism workforce, also working to boost workers’ morale. Finally, the government should also consider programs and schemes which recognize the heroic efforts of guides, porters, and other tourism workers.

By recognizing the fact that mental well-being of tourism workers as a public health problem that needs to be paid attention to, and designing mechanisms (or adopting some of the recommendations), the government has an opportunity to play a strong role – and also send a positive message – in helping support the recovery of the thousands of people who have devoted their entire lives to such an important industry in Nepal.